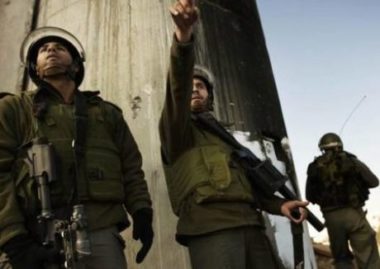 Israeli soldiers abducted, on Sunday at dawn, three Palestinians in the al-Khader town, south of the West Bank city of Bethlehem.

Eyewitnesses said the soldiers invaded and violently searched several homes in Dar Mousa neighborhood, west of al-Khader, and interrogated many Palestinians while inspecting their ID cards.

Furthermore, the soldiers abducted ‘Alqam Taha, ‘Alqam, 28, from Deheishe refugee camp, after stopping him at the Nashash military roadblock, at the southern entrance of al-Khader.

In related news, the soldiers abducted a young Palestinian man from the Al-Aqsa Mosque, in occupied East Jerusalem, and took him to an interrogation and detention facility.

Furthermore, the soldiers invaded Hebron city, and near by Yatta town, in the southern part of the occupied West Bank, searched homes, and summoned a former political prisoner for interrogation.