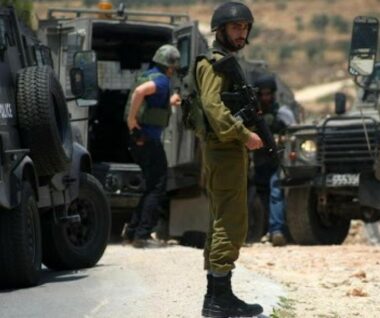 Israeli soldiers abducted, on Monday at dawn, two Palestinians from Jenin governorate, in the northern part of the occupied West Bank.

They added that the soldiers abducted Ahmad Mahmoud Manasra from Fahma town, and Nayef Ahmad Malaisha, from Jaba’.

It is worth mentioning that, on Sunday night, the soldiers detained two siblings, identified as Salah Anwar Ezzeddin, and his brother Nour, from Arraba town, southwest of Jenin, while working on their land.

The siblings were released after the soldiers interrogated them; their land is close to the illegal Mado Dothan illegal Israeli colony, which was built on stolen Palestinian lands.

Also at dawn, the soldiers abducted five Palestinians from their homes in the Ramallah governorate, in the central West Bank.