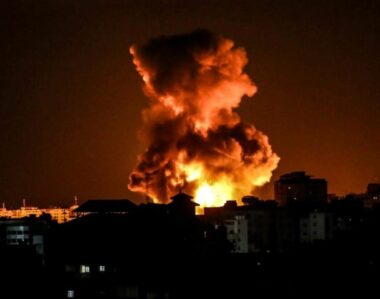 The Israeli bombardment caused damage to civilian property, but there were no human casualties, according to the Jerusalem Press.

The Israeli media claimed the attacks were in response to incendiary balloons, allegedly released from the Gaza Strip, which caused fires along the border with Israel.

Since 2007, the Israeli occupation has imposed a brutal air, land and sea blockade on the 2 million inhabitants of the Gaza Strip, with disastrous humanitarian effects.

The occupation has perpetrated four major military assaults against the Palestinians of Gaza since 2008, the most recent of which was May 10 – 21, 2021.