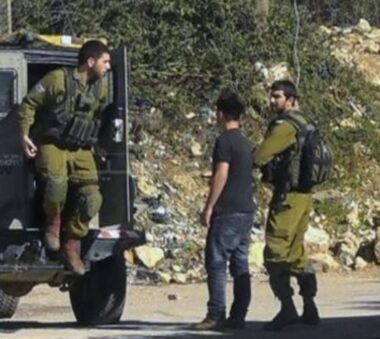 On Wednesday, Israeli soldiers abducted two Palestinians, including a former political prisoner, at roadblocks near Jenin and Nablus, in the northern parts of the occupied West Bank.

Montaser Sammour, the head of the Jenin office of the Palestinian Prisoners’ Society (PPS), said the soldiers abducted a former political prisoner, Monadel Azem, after stopping him at the Dothan military roadblock south of Jenin.

Sammour said the abducted young man is from Sebastia town, northwest of Nablus, and added that the soldiers took him to a nearby military base.

The soldiers also abducted Ahmad Ali Azayza, from the Jenin refugee camp, after stopping him at a military roadblock near Burqa village, northwest of Nablus.

The soldiers also assaulted two siblings after stopping them at a military roadblock near the southern West Bank city of Hebron and abducted them.