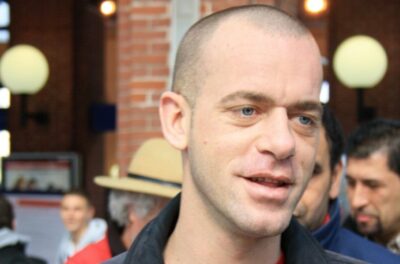 During a daily press briefing, Legendre said the French Consulate General in Jerusalem visited Hammouri Wednesday in detention, under consular protection, just as it visited him on March 21 and May 19, noting that the consulate attends all court sessions.

Ten days ago, the Israeli occupation authorities renewed the administrative detention of Hammouri, a French-Palestinian lawyer, for an additional three months, one day before the date of his release.

In October 2021, the Israeli occupation authorities had decided to revoke the Jerusalem residency status from Hammouri.

Legendre confirmed that the French Foreign Ministry has taken several measures with the occupation authorities during the past months, especially with the Israeli Ministry of Foreign Affairs and the Israeli Presidency, to demand that all rights of Hammouri be respected and that he has access to all judicial remedies.

“We want Hammouri to be able to live a normal life in Jerusalem, where he was born and resides, and to grant his wife and children the right to join him,” she added.