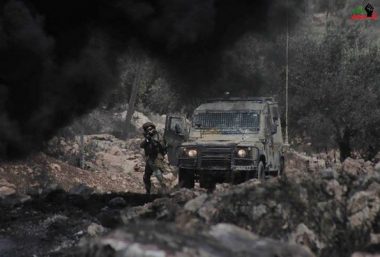 Morad Eshteiwy, the media coordinator of the Popular Committee in Kufur Qaddoum, said the Palestinians and international activists marched from the center of the village, before the soldiers started firing live rounds, rubber-coated steel bullets and gas bombs on them.

He added that the soldiers also tried to ambush several young men to abduct them, but locals uncovered the stakeout and foiled the army’s attempts.