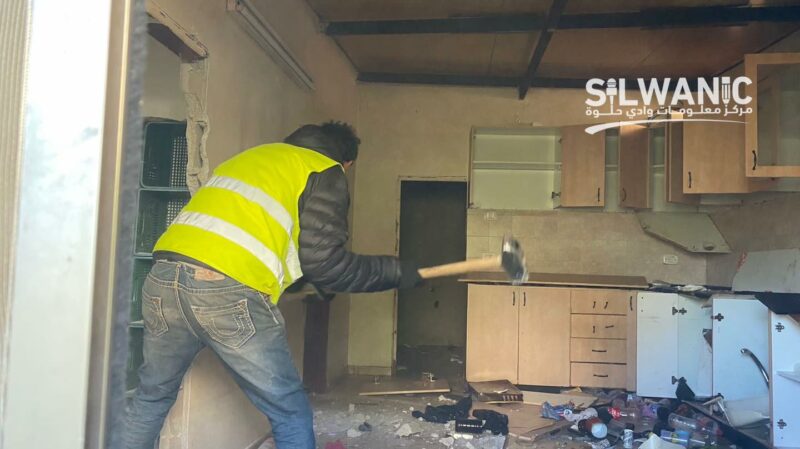 Israeli forces stormed, on Wednesday, the home of Palestinian prisoner Mahmoud Jaber, demolished the inside and handed the family a demolition order for the remainder of the home, according to local sources.

The sources told the Palestinian News and Information Agency (WAFA) that soldiers and officers of the Israeli municipality invaded the family home in the Wad al-Joz area of occupied East Jerusalem.

The troops and officials proceeded to demolish the contents of the home, and demanded the family complete the demolition process or face a fine of 100,000 shekels ($32,100 US).

The demolition order is based on the commonly used pretext of being built without a license, which is nearly impossible for Palestinians to obtain.

Additionally in the occupied East Jerusalem neighborhood of Beit Safafa, soldiers destroyed a 40 square meter balcony of another Palestinian-owned home, under the same pretext.