Army Carries Out A Limited Invasion Into Northern And Central Gaza 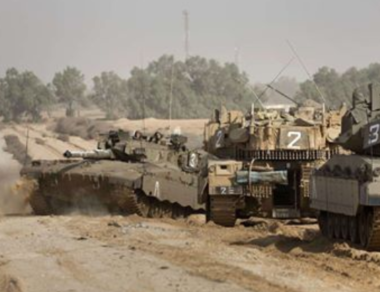 On Monday, several Israeli military vehicles, including armored bulldozers, invaded Palestinian agricultural lands in the northern and central parts of the besieged Gaza Strip, and bulldozed some sections while firing live rounds.

Media sources said the soldiers advanced dozens of meters into farmlands in the eastern area of Beit Hanoun, in northern Gaza, and bulldozed sections near the perimeter fence.

They added that the soldiers also invaded Palestinian lands east of the al-Boreij refugee camp, in central Gaza, and bulldozed lands near the fence.

In the two invasions, the soldiers fired sporadic rounds of live ammunition, and used smoke bombs before withdrawing.

On Monday morning, the soldiers invaded Jenin refugee camp and the al-Yamoun town, in the northern West Bank governorate of Jenin, injured three Palestinians, in addition to causing many others to suffer the effects of teargas inhalation, and abducted five.

On Monday at dawn, the soldiers abducted eleven Palestinians from their homes, in several parts of the occupied West Bank, the Palestinian Prisoners’ Society (PPS) has reported.