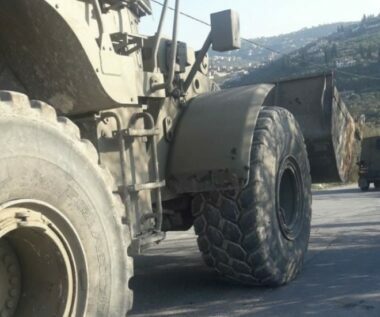 Ghassan Daghlas, a Palestinian official who monitors Israel’s illegal colonialist activities in the northern West Bank, said the soldiers imposed a strict siege around Al-Mas’udiyya and the area of the nearby permanent military roadblock on the Main Nablus-Jenin Road.

Daghlas said fourteen Palestinian families living on their lands near Al-Mas’udiyya have been surrounded and isolated, unable to enter or leave the area.

The official also stated that illegal Israeli colonizers invaded the isolated area and installed many tents and sheds on the Palestinian lands in preparation for spending Jewish holidays there.

Al-Mas’udiyya is an archeological area visited by thousands of Palestinians around the year and has the remains of Ottoman-era railways that linked Haifa city with Jordan and Saudi Arabia at the time.

Israeli colonizers frequently invade the area after the soldiers isolate it to prevent the Palestinians from reaching it.