Army Closes Palestinian Community To Allow Settlers To Tour Nearby 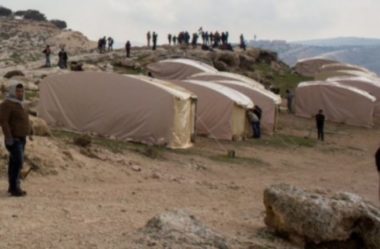 The Israeli army announced, Friday, the closure and siege on a Palestinian Bedouin community, in northern Jordan Valley of the occupied West Bank, so that groups of illegal colonialist settlers can tour in the area.

The military ordered a siege on Khallet Hamad from eight in the morning, until six in the evening, Friday.

Local sources said groups of colonialist settlers, accompanied by soldiers, have already started their “tours” in the area, while the villagers were not allowed to leave their community.

The sources added that such activities have been carried out several times lately, while the Palestinian shepherds were unable to even take their sheep to grazing areas.

It is worth mentioning that, two years ago, Israel built an illegal colony on Palestinian lands neat the community.