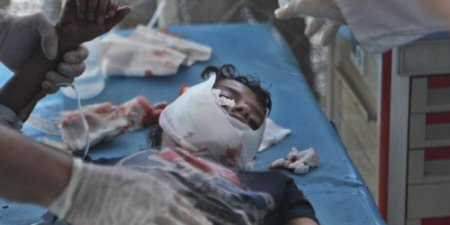 The latest figures provided by the Ministry of Health (MoH) indicate that, during the demonstrations between the 10th and 22nd of September, ten Palestinians, including four children, were killed and 1,193 were injured by Israeli forces.

Out of the total 1,193 injured, 690 patients required transfer to the MoH hospitals or NGO clinics, including 127 children and 37 females. Of the hospitalized injured, 19 cases were critically life threatening, 275 moderate, 386 mild, and the remaining 10 were unspecified cases (see also figures 1 and 2 on the following page).

The MoH and the Palestinian Red Crescent Society (PRCS) set up a total of ten Trauma Stabilization Points (TSPs), with the tenth one established at the beach north of Gaza. At least 503 injured patients were managed at the TSPs and discharged at the TSPs. The World Health Organization (WHO) continues to strengthen the capacity of the TSPs, across Gaza, to provide life-saving interventions.

According to the PNN, Gaza’s 14 public hospitals rely on donated fuel to run generators during the electricity black-outs, which continue to last up to 18-20 hours per day. The last batch of UN donated fuel has been distributed during August of 2018. Local authorities have since procured 120,000 litres, and a charity organization (Human Appeal International) has provided 10,500 litres, to sustain services at public hospitals throughout the month of September. Nevertheless, hospitals are rationalizing the use of the remaining fuel reserves by suspending sterilization, laundry, cleaning, catering and selected diagnostic services during electricity cuts. On 17 September the Humanitarian Coordinator (HC), announced the release of US$1.0 million from the humanitarian fund for fuel procurement. This support will ensure uninterrupted electricity supply for up to 250 critical health and water and sanitation facilities for a period of up to 6-7 weeks.