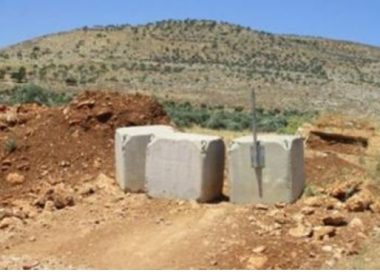 Ahead of the olive picking season in Palestine, Israeli soldiers closed, Thursday, a main rural road leading to orchards and farmlands, in Husan town, west of the occupied West Bank city of Bethlehem, and refused to allow the farmers into their own lands.

Hasan Hamamra, the head of Husan Village Council, told WAFA Palestinian News Agency that the soldiers closed the rural reading between Husan and Wadi Fukin towns, after placing a metal gate and barbed wire around the lands.

Hamamra added that this closure isolated 500 Dunams of agricultural lands, just as the Palestinians prepare to harvest their olive orchards, the main source of livelihood for thousands of farmers.

The isolated lands are close to Beitar illegal Israeli colony, which was built on privately-owned Palestinian lands, an issue that raises serious concern regarding Israel’s intentions, as such measures largely lead to the illegal annexation of the lands.

The Israeli army usually isolates large areas of lands, prevents the owners from entering them to plant or harvest them, and then decides to “confiscate” them under the pretext of not being planted, or being “abandoned.”