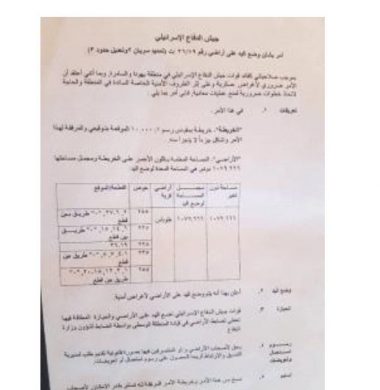 The Israeli army has decided to illegally confiscate 1079 Dunams and 666 Square/meters of Palestinian land in the al-Ras al-Ahmar area, in the Northern Jordan Valley of the occupied West Bank, for what the military called “security considerations.”

Mo’taz Bisharat, a Palestinian official in charge of Israeli colonies’ file at the Palestinian Authority in central West Bank, said the order targets 15 plots of land, located in five basins, and are all owned by the Palestinians.

Bisharat stated that the lands are in al-Boqei’a Meadow, which also includes the lands of al-Ras al-Ahmar, as it consists of approximately 98.000 Dunams of lands.

He added that, nearly two months ago, the army issued an order illegal confiscating 69 Dunams of land in the same area.