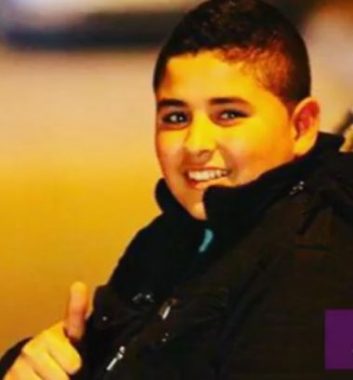 On Thursday evening, the Israeli military court in Salem army base, in northern West Bank, sentenced a Palestinian teenage boy, who suffers from a rare childhood condition, to two years in prison.

The teen, Anas Hamarsha, 17, was abducted from his home in Ya’bad town, south of the northern West Bank city of Jenin, after dozens of soldiers stormed the property and ransacked it on October 7th, 2017.

The Israeli army claimed he hurled a pipe bomb at a car of a colonialist settler.

His trial was delayed ten times before he was finally sentenced, especially since his case was labeled as a “secret file,” an issue that imposed restrictions on the alleged information, and indictment, against him.

Hamarsha suffers from a rare childhood condition, known as Perthes disease, which occurs when blood supply to the rounded head of the femur (thighbone) is temporarily disrupted.

Immediately after abducting him, the soldiers took him to the al-Jalama interrogation facility, where he was denied medical treatment, including when he was transferred to the children’s branch of Majeddo prison.

The family stated that the Israeli Prison Authority is also denying Anas the right to receive the needed medical treatment.

It is worth mentioning that Anas’s father and brother are both imprisoned by Israel, and his mother was previously detained for several months.

He was a high-school student when he was taken prisoner, and has been denied the right to continue his education.