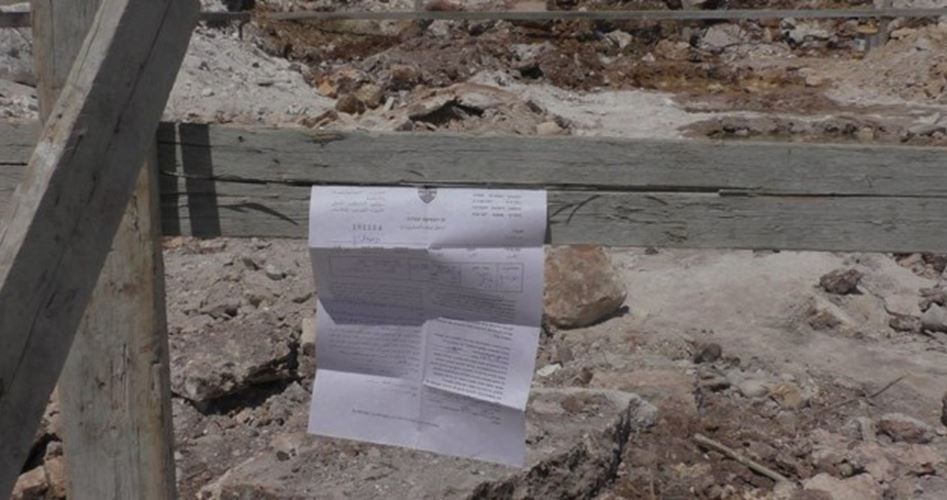 Monitoring settlements in the area, local activist, Ghassan Daghlas told Palestinian WAFA News Agency that the occupation army handed out demolition orders to 15 Palestinian families under the standard pretext of not having permission to build.

Sources added that the village lands have been confiscated for the illegal expansion of the nearby Oranit colony.

In the same context, the Israeli army uprooted and confiscated nearly 1000 seedlings, which the Palestinian Ministry of Agriculture had recently replanted, in the Einoun area, east of Tubas in the northern West Bank.