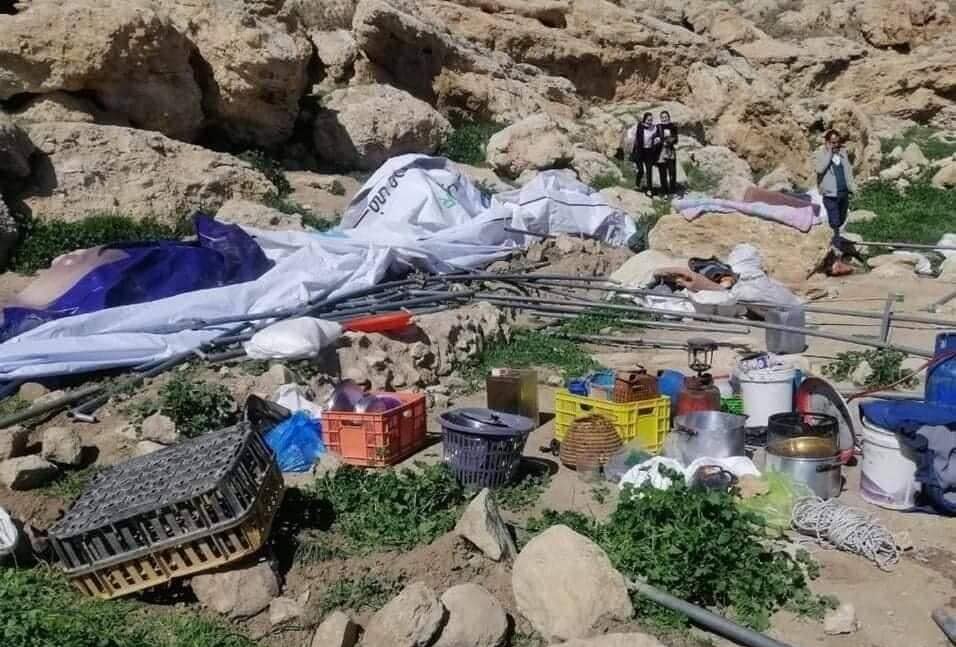 The Israeli army, on Saturday, coerced a Palestinian civilian to tear down his residential tent, set up in order to shelter his 13 member family in the Khirbet al-Thaala hamlet in Masafer Yatta, south of Hebron, in south of the occupied West Bank.

It is important to note that on Friday, members of the same family were terrorized by illegal Israeli settlers.

Illegal colonists from the “Carmiel” Israeli settlement, under the protection of Israeli soldiers, attacked the Shanran family on Friday, only two days after the Israeli military demolished five Palestinian-owned tents in the area.

The family of Mahmoud Shanran have been residing in caves on their privately owned land, and refused to obey the demands of settlers and the army, who tried to claim the land was “Israeli state land”.