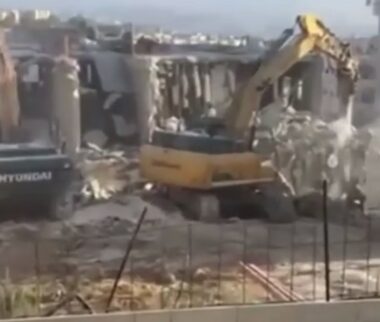 The WAFA Palestinian News Agency said the school was being built by a local Palestinian, identified as Saleh Alqam from Shu’fat refugee camp, and added that he has been filing for the needed permits.

WAFA stated that the school was demolished without an official final decision, due to the constant stalling from the City Council.

The invasion and demolition led to protests, and the soldiers fired live rounds, rubber-coated steel bullets, and gas bombs at the Palestinians.