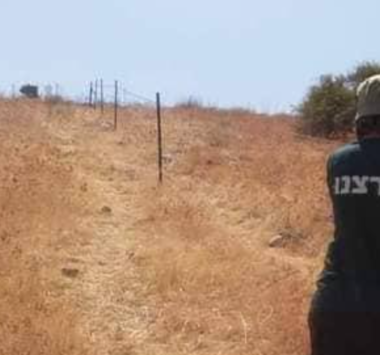 On Tuesday, Israeli colonialist settlers, illegally squatting on Palestinian lands, invaded Palestinian farmlands in the al-Jab’a village, southwest of Bethlehem, south of occupied Jerusalem, in the West Bank, and fenced them.

Thiab Masha’la, the head of the al-Jab’a Village Council, stated that the colonists invaded, and fenced farmlands owned by the families of the late Ahmad Atiya at-Tous and Abdullah al-Haj at-Tous, and added that the lands are about 8 dunams.

Masha’la stated that the attack is part of the constant attempts to illegally occupy more lands to expand Beit Ayin illegal colony of the Gush Etzion colonialist bloc.

He added that the colonists have recently escalated their attacks against the Palestinians and their lands in the village.