Soldiers Injure A Palestinian In Nablus 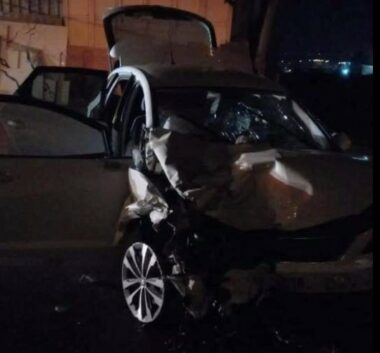 Israeli soldiers shot and injured, on Monday at night, a young Palestinian man in Nablus, in northern West Bank.

Local sources said the young man, identified as Amir Issa, was driving his car when the soldiers accompanied dozens of colonialist settlers into Joseph’s Tomb, east of Nablus.

They added that Palestinian medics rushed the young man to Rafidia hospital, after sustaining gunshot wounds in the leg, in addition to cuts and bruises in the face and chest.

The attack also caused the car to crash, an issue that led to more injuries.

Jews, Muslims, Christians, and Samaritans, revere Joseph the patriarch alike, however, the Israeli military allows Jews to visit as part of organized pilgrimages, despite the site being in Area A where the PA has full control and prohibits Muslims from worshiping at the site.

On Monday at night, a Palestinian woman was moderately injured after an illegal Israeli colonialist settler rammed her with his car near the Ibrahimi Mosque, in the southern West Bank city of Hebron. Israeli soldiers arrived at the scene and detained her son.

In April of 2021, an elderly Palestinian woman was killed, after being rammed by the speeding vehicle of an illegal Israeli colonialist settler at the western entrance of the Sammoa’ town, southwest of Hebron.