Israeli Colonist Rams Woman With His Car In Hebron 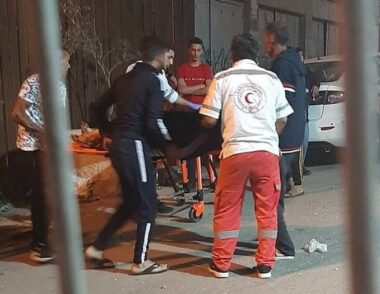 A Palestinian woman was moderately injured, on Monday at night, after an illegal Israeli colonialist settler rammed her with his car near the Ibrahimi Mosque, in the southern West Bank city of Hebron. Israeli soldiers arrived at the scene and detained her son.

Medical sources said the woman, from the local Talhami family, received treatment by Red Crescent medics before they moved her to the al-Ahli hospital. Her wounds were described as moderate but stable.

Eyewitnesses said the soldiers abducted the woman’s son who demanded them to arrest the colonist who rammed his mother.

He was detained and interrogated for several hours before the soldiers released him.

In April of 2021, an elderly Palestinian woman was killed, after being rammed by the speeding vehicle of an illegal Israeli colonialist settler at the western entrance of the Sammoa’ town, southwest of Hebron.