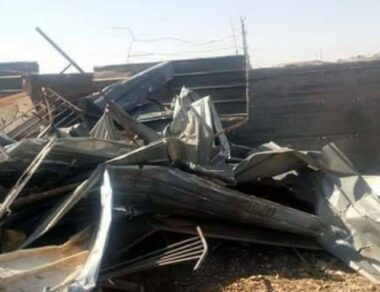 On Wednesday, Israeli soldiers invaded the Al-Khader town south of Bethlehem in the occupied West Bank, demolished a barn, and injured many Palestinians during ensuing protests. The army also demolished am agricultural room near Qalqilia.

The Mayor of Al-Khader, Ibrahim Mousa, said the soldiers invaded the Abu Sood area in the western part of the town and demolished a 150 square meters barn owned by Khairi Ibrahim Sbeih.

Mousa added that many Palestinians protested the invasion and the demolition before the soldiers fired a barrage of gas bombs and concussion grenades at them, causing many injuries.

He stated that Israel has escalated its attacks and violations against the town, especially the Abu Sood area, and issued many demolition orders targeting homes, structures, and barns to make way for the construction of its illegal colonies, in direct violation of International Law. 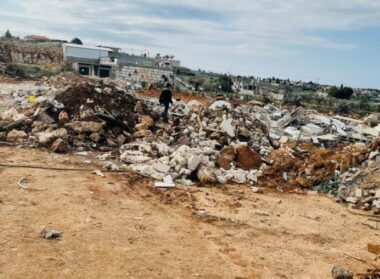 In Qalqilai, in the northern West Bank, the soldiers demolished a 90 square meter agricultural room owned by Mohammad Zamel Ghashash on his land in the Sama Nabi Elias area.

In related news, the soldiers invaded Silwan town, south of the Al-Aqsa Mosque in occupied Jerusalem, and demolished a Palestinian home.