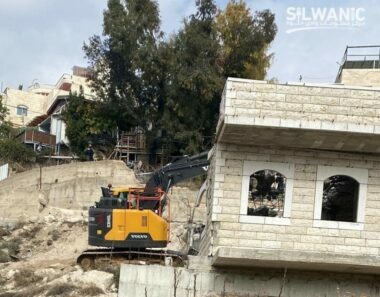 The Israeli police said the home was built without a permit from the City Council in occupied Jerusalem.

Mohammad Ahmad Al-A’war, the homeowner, said he was building his property on his land to shelter his ten family members.

Mohammad said the destruction of his property was carried out despite the ongoing deliberations in an Israeli court after he filed an appeal against the demolition order.