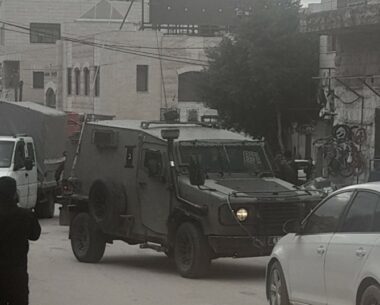 On Wednesday dawn, Israeli soldiers invaded Qabatia and Zababda towns, south of the northern West Bank city of Jenin, rammed two Palestinians with their jeeps, and abducted three others.

They added that the soldiers fired many live rounds at the protesters, injuring a young man in the shoulder before ramming him with their jeep after he fell on the ground.

Furthermore, the Israeli army said one of its soldiers was mildly injured during an exchange of fire with Palestinian fighters Qabatia.

In the Zababda village, the soldiers attacked protesters with live fire after the army invaded their town and rammed a young man with their jeep.