Army Demolishes A Home, A Carwash Facility, In Bethlehem 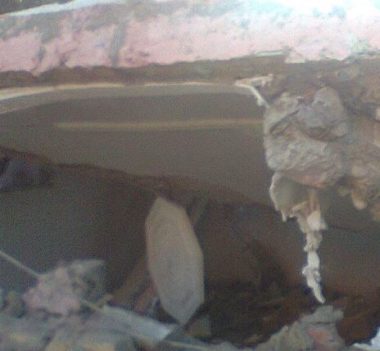 Israeli soldiers demolished, Thursday, a Palestinian home in the al-Khader town, and a carwash facility in Teqoua’ town, south and east of Bethlehem city, south of occupied Jerusalem in the West Bank.

Several army jeeps, accompanied by a bulldozer, invaded the al-Khader town, before demolishing a two-room house, owned by a local Palestinian, identified as Samir Salah.

The demolition of the property only comes six months after the soldiers destroyed the property, which occupied 150 square meters, for the first time.

The army claims the demolished building was constructed without a permit from the Civil Administration Office, the Administrative Branch of Israel’s illegal occupation, although it was licensed by al-Khader’s Local Council.

In related news, the soldiers invaded Teqoua town, and demolished a carwash facility, owned by Ali Khatib, after isolating and surrounding the area.

The town of Al Khader is often targeted by the Israeli army.

Farmers in the town are losing their land to the illegal Israeli wall, in addition to the ongoing expansion of existing settlements that surround the village, and now the attempt to build the new outpost.