Army Demolishes A Shed And A Room Near Hebron 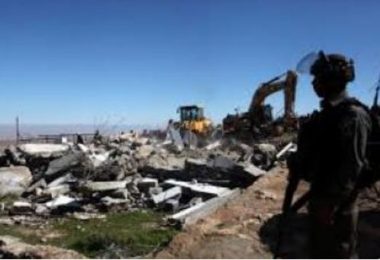 Israeli soldiers demolished, on Monday at dawn, a shed and a room in Yatta town, south of Hebron, in the southern part of the occupied West Bank.

The soldiers also demolished a shed, owned by Suleiman at-Taymeen and his brother Nawwaf.

The army claimed that demolished structures were built without permits from the “Civil Administration Office,” which runs Israel’s occupation of the West Bank.

In related news, the soldiers abducted nine Palestinians, and injured many others, during military invasions into communities and homes in several parts of the occupied West Bank, including occupied Jerusalem.