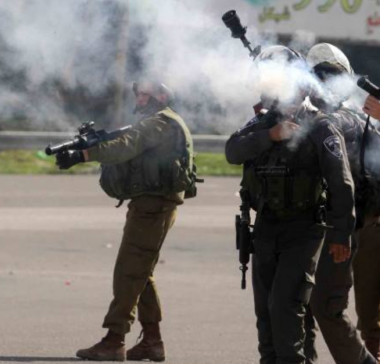 Israeli forces, on Saturday, destroyed a water pipeline and sealed several roads in the village of Kafr Qaddoum, near Qalqilia city, in the occupied West Bank, local sources said.

Morad Shtewi, coordinator of the popular resistance in the village, told WAFA that Israeli army accompanied by a bulldozer broke into the village, destroyed a main water pipeline and sealed several roads.

Israeli measures in the village sparked confrontations with local residents, upon which an old woman was reportedly hit by a teargas canister, in her mouth, by the soldiers.