Aisha al-Rabi’s Daughter during Funeral: ‘Is mom here, yet?’ 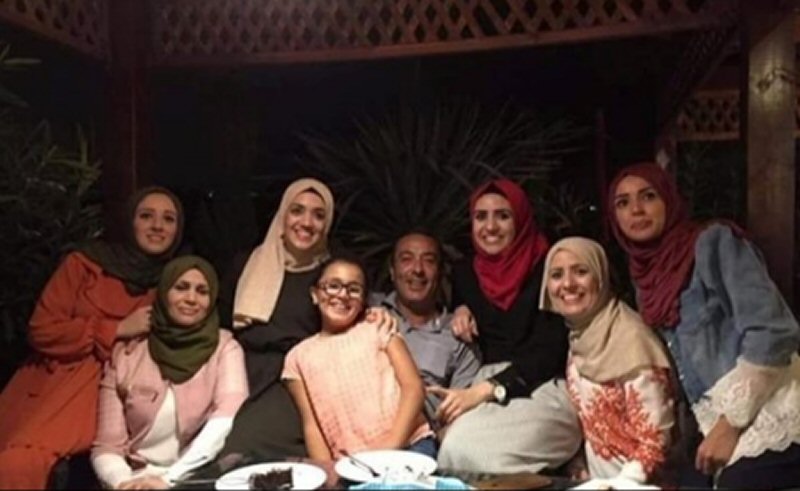 Thousands of Palestinians laid the body of 47-year-old Aisha al-Rabi to rest, in her hometown of Biddya, in the northern occupied West Bank district of Salfit, on Saturday afternoon.

The funeral procession set off from the hospital, where her she was pronounced dead, towards al-Rabi’s home before burial took place in the town’s cemetery.

Aisha was killed, and her husband, Yacoub, was injured, late Friday night, after Israeli settlers hurled rocks at their vehicle near the Zaatara checkpoint in southern Nablus in the northern West Bank. Aisha’s mother, Azziya, 70, told Ma’an News Agency that her daughter had been in Hebron, in the southern West Bank, for 3 days visiting her daughter, who is a dentist there.

Azziya said that the last thing Aisha said, during their last phone call, was a request to take care and to send her greetings to her father, before telling her that her husband, Yacoub, was coming to pick her up, so they could go home together.

Azziya burst in tears as she finished her sentence, “I did not know it would be our last call. I wish I wish I talked to her more, it was our goodbye conversation.”

Aisha, a mother of eight, had just finished her university education along with her daughters, as she had gotten married before she could finish her education.

Azziya said that Aisha’s visit to her dentist daughter in Hebron, for 3 days, was also to get her teeth fixed in preparation for her other daughter’s upcoming wedding.

One of Aisha’s brothers, Fawzat, was killed by Israeli forces one day before his wedding in 1999; Azziya added, “The occupation deprives me of my children for a second time.”

Aisha’s daughter Lamis also said that her mother was preparing for her sister’s upcoming wedding, “But the occupation took away our happiness.”

Eight-year-old Rama, Aisha’s youngest daughter, appeared as if she was waiting for some news, looking around her and asking her sisters every once in a while: “Is mom here, yet?”

Rama, who was with her parents, in the car, said, “Rocks came down at us like rain. I did not know what happened. My head was full of shattered glass. I looked at my mom and I saw her bleeding from her head. she did not say anything and I started crying.”

It is worth mentioning that, on September 12th, 1999, Aisha’s brother, Fawzat Mohammad Bolad, was killed by Israeli soldiers in Kharbatha village, west of Ramallah, just hours before his wedding, when he was heading to Ramallah to finalize preparations for his wedding.