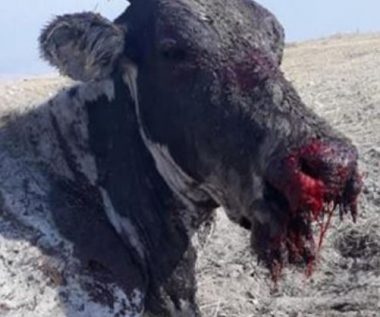 An Israeli landmine detonated, on Sunday evening, while a Palestinian shepherd was herding his live stock in the Sakout area, in the West Bank’s Northern Plains, killing five of his cows, while the shepherd escaped the explosion unharmed.

Aref Daraghma, a human rights activist, said the three cows are owned by Fayez Yousef Daraghma, and were injured in a grazing area.

Daraghma stated that many Israeli soldiers rushed to the scene and detained five Palestinian shepherds.

He added that the area has many live landmines, an issue that poses constant threats to the Palestinian shepherds and their livestock.

It is worth mentioning that the army frequently conducts live fire training, including shells and bombs, in the Northern Plains, and other areas in the West Bank, such as lands near in Hebron governorate, Tubas, Nablus, the Jordan Valley, and even in certain areas in the Negev.

Many Palestinians, including children, have been killed by these objects, and hundreds have been injured.

Israel Clears Palestinians and Homes so its Military Can Practice