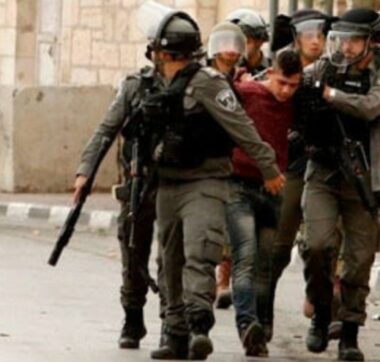 Israeli forces invaded, at dawn Thursday, several towns in the occupied West Bank and detained twelve Palestinian civilians after storming and searching their homes, according to the Jerusalem (Quds) Press.

The army stormed and searched the home of Musa Abu Libdeh, in the city of Qalqilia in the northwestern part of the West Bank, before detaining him and taking him to an unknown location.

Israeli forces stormed the southern part of the West Bank and detained seven young men from in and around Bethlehem city, after invading and searching their homes.