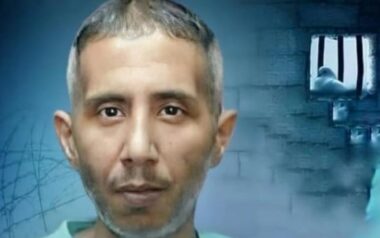 The Palestinian Prisoners Society (PPS) has confirmed, Thursday, that a Palestinian detainee, imprisoned by Israeli since the year 2008, has died at an Israeli medical center after years of medical neglect despite having congenital heart disease, and his need to constant follow up.

In a short statement, the PPS said that the detainee has been identified as Sami al-‘Amour, 39, from Deir al-Balah, in the central Gaza Strip.

The detainee was transferred to an Israeli hospital on Wednesday at night, where he was officially pronounced dead by the physicians.

His fiancé, who remained engaged to him for fourteen years since his abduction, said that the family received the news about his death from media outlets.

It is worth mentioning that only his mother was able to visit with him just a few times since his abduction due to Israeli restrictions.

His sister said that the last time the family was able to talk to him over the phone was before he was sent to the Israeli hospital when he informed them that he was being transferred cuffed and sitting in a wheelchair.

The PPS said the detainee was born with congenital heart disease and has been receiving specialized treatment for his condition until he was abducted and imprisoned by Israel.

The PPS held Israel accountable for his death especially since he should have been monitored and examined by heart specialists.

It also said that al-Amour was transferred, a few days ago, from Nafha prison to Asqalan, and was just recently moved to Soroka Israeli medical center where he underwent two surgeries, including one that was performed just a day before his death.

It is worth mentioning that al-‘Amour was abducted in the year 2008 and was sentenced to nineteen years in prison.