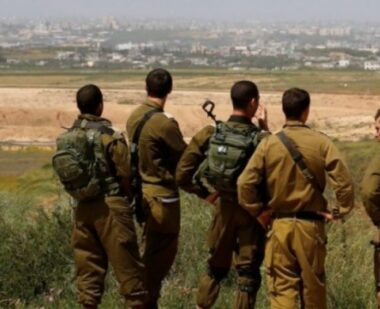 Israeli soldiers, stationed across the perimeter fence, fired many live rounds, on Monday morning, at Palestinian farmers on their lands, east of Khan Younis, in the southern part of the Gaza Strip.

Eyewitnesses said the soldiers, on military towers and in tanks, fired many live rounds and a few concussion grenades, targeting the farmlands and the farmers, forcing the Palestinians to leave in fear of further escalation.

They added that the Palestinians were tending to their lands near the perimeter fence when the soldiers attacked them with live fire.

The attack is one of the numerous Israeli violations against the Palestinians, especially the farmers, workers, and shepherds, in addition to the fishermen, in the besieged and impoverished Gaza Strip.