Army Injures And Abducts A Palestinian In Hebron 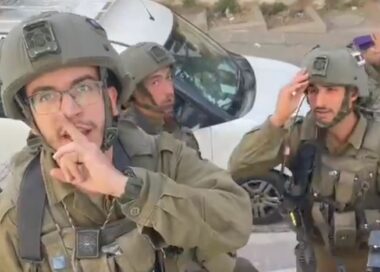 Eyewitnesses said the soldiers shot Osama Fannoun, 21, with a live round in the leg, while he was trying to cross the permanent military roadblock at the entrance of the Shuhada Street, in the center of Hebron city.

They added that the soldiers detained the young man at the roadblock, after shooting him, and prevented Palestinian medics, which rushed to the scene, from approaching him.

Fannoun was later moved by an Israeli ambulance to a hospital in Jerusalem; his wounds were described as moderate.