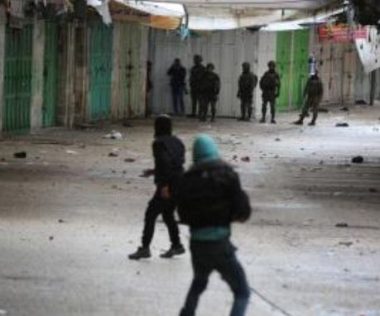 Israeli soldiers attacked, Tuesday, dozens of Palestinian protesters in Hebron city, and Sa’ir town, north of Hebron, causing many to suffer the effects of teargas inhalation, and occupied the rooftops of several homes after invading them.

Media sources in Hebron said dozens of soldiers invaded Bab az-Zawiya area, in the center of Hebron city, and fired gas bombs and concussion grenades at the Palestinians, causing many to suffer the effects of teargas inhalation.

In addition, the soldiers broke into and violently searched many homes in Hebron and Sa’ir, and occupied the rooftops of many homes, using them as firing posts and military towers.