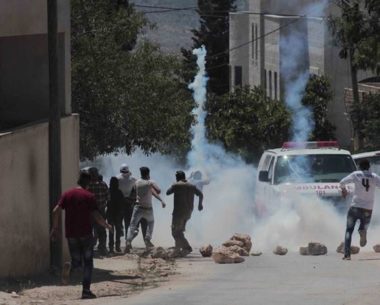 Media sources said a large military force, accompanied by the police, invaded the refugee camp, and provocatively drove in its streets.

They added that the soldiers then issued fines against many stores in the refugee camp, while the police ticketed many cars.

Many youngsters protested the invasion and hurled stones at the invading soldiers, while the army fire many gas bombs, and rubber-coated steel bullets.

Medical sources said that many Palestinians suffered the effects of teargas inhalation, and received the needed treatment.