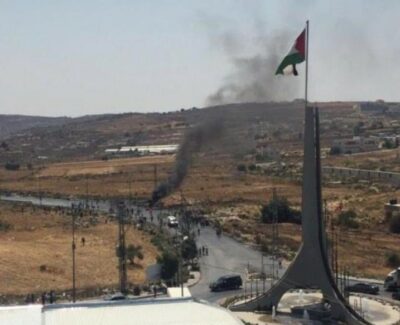 On Wednesday evening, Israeli soldiers injured seven Palestinians during a procession at the northern entrance of the al-Biereh city, near Ramallah, in the central part of the occupied West Bank.

The PRCS added that the soldiers shot one Palestinian with rubber-coated steel bullets and caused six others to suffer severe tear-gas inhalation.

The injuries took place when the soldiers attacked dozens of Palestinians marching near the military roadblock close to Beit El illegal colony, condemning the assassination of three Palestinians in the northern West Bank city of Nablus, Tuesday.