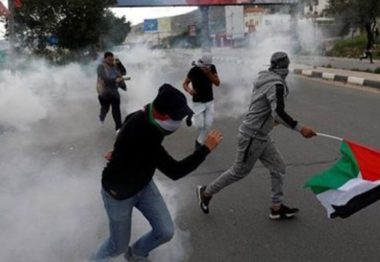 The head of Sebastia Town Council, Mohammad Azem, told the WAFA Palestinian News Agency that the soldiers invaded the archeological area of the town, and forced the Palestinians away.

He added that many youngsters protested the invasion, and hurled stones at the soldiers who fired many gas bombs and concussion grenades at them.

Many Palestinians suffered the effects of teargas inhalation and received the needed treatment by local medics.

In related news, the soldiers abducted at least fourteen Palestinians from several parts of the occupied West Bank, and continued the closure imposed on Azzoun, near Qalqilia, for the fifteenth consecutive day.