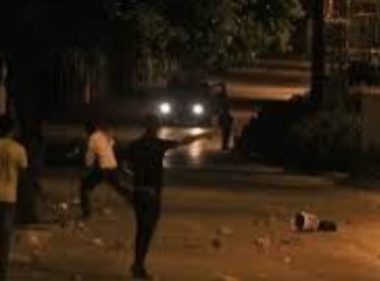 Israeli soldiers invaded, on Friday at dawn, Qabatia town, south of the northern West Bank city of Jenin, and attacked protesters with live fire, gas bombs and concussion grenades, wounding two with live rounds, and causing dozens to suffer the effects of teargas inhalation, in addition to abducting a third Palestinian.

Media sources said the soldiers shot Eyad Hamza Saba’na and Yousef Jasser Nazzal, with live rounds in their legs, and abducted Mohammad Ahmad Abu M’allah after invading his home and searching it.

They added that dozens of Palestinians, including many in their homes, suffered the severe effects of teargas inhalation.

The invasion lasted for several hours, and the soldiers withdrew from the town on Friday morning.