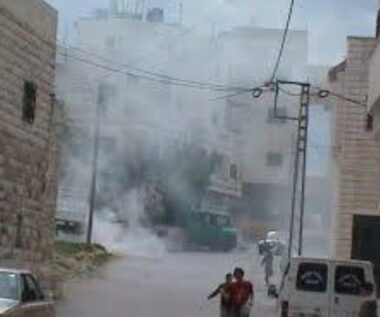 Israeli soldiers injured, Sunday, several Palestinian schoolchildren in the al-Khader and Teqoua’ towns, south, and east of Bethlehem in the occupied West Bank.

Local activist Ahmad Salah told the WAFA Palestinian News Agency that the soldiers fired many gas bombs at the schoolchildren while they were leaving their educational facilities in the at-Tal area, in the old city of al-Khader.

He added that several children suffered the effects of tear gas inhalation before receiving the needed treatment.

In Teqoua’ town, the soldiers fired many gas bombs and concussion grenades at several schoolchildren while they were leaving their schools and chased them while trying to force them to leave the area.

During the invasion, the soldiers briefly detained and interrogated one Palestinian, identified as Ayman Mohammad Froukh, and closed the iron gate at the northern entrance of the town.