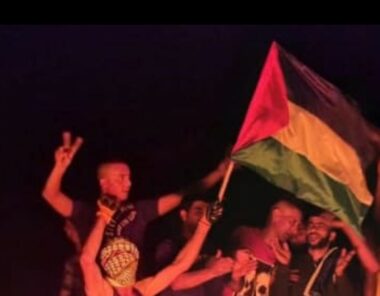 Israeli soldiers injured, on Monday evening, six Palestinians, including one who suffered life-threatening wounds, east of Gaza City and Khan Younis, in the besieged Gaza Strip.

The Palestinian Health Ministry has confirmed that the soldiers, stationed across the perimeter fence, shot three Palestinians with live fire, and added that one of them suffered serious wounds.

The Ministry added that three Palestinians were mildly injured due to the effects of tear gas inhalation and fragments from Israeli bullets.

The army also fired many flares over areas east of Khuza’a town, east of Khan Younis, in the southern part of the Gaza Strip.

On Sunday evening, the soldiers injured one Palestinian with live fire and caused at least seventeen to suffer the effects of tear gas inhalation, after the army attacked a procession east of Jabalia, in the northern part of the Gaza Strip.