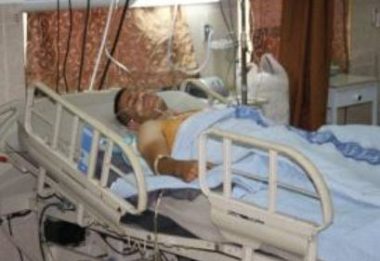 Israeli soldiers invaded, earlier Friday, the northern West Bank city of Jenin, and clashed with many Palestinians, before shooting two children, including one who suffered a life-threatening injury. The soldiers also abducted two Palestinians near Jenin.

Media sources in Jenin said dozens of soldiers invaded the city, and destroyed a monument commemorating Khaled Nazzal, who was assassinated by undercover Israeli soldiers along with another Palestinian identified as Adel Abu al-Reesh, on October 17, 2006.

The attack led to clashes, at the western entrance of Jenin, between the soldiers and many local youths, who hurled stones at the invading armored vehicles, while the army fired live rounds, rubber-coated steel bullets and gas bombs.