Army Injures Two Palestinians In Bethlehem, Kidnap A Mother And Her Daughter 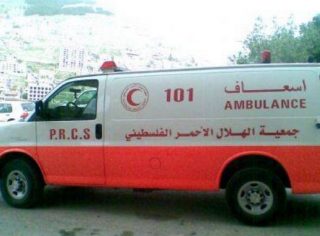 Several Israeli military jeeps invaded, on Friday at dawn, the Deheishe refugee camp, south of Bethlehem in the occupied West Bank, shot and injured two Palestinians, and kidnapped a mother and her daughter.

The soldiers clashed with dozens of local youths, who hurled stones and empty bottles on the military vehicles, while the army fired many live rounds, gas bombs and concussion grenades.

Medical sources said two young men were shot with live rounds in their legs, before they were moved to a hospital for treatment. Many Palestinians, including children, suffered the effects of tear gas inhalation.

In addition, the army conducted extensive and violent searches of homes in the refugee camp, and kidnapped Nawal Mohammad Daoud, the mother of a detainee identified as Moath Sa’ifi, and her daughter Asma’.