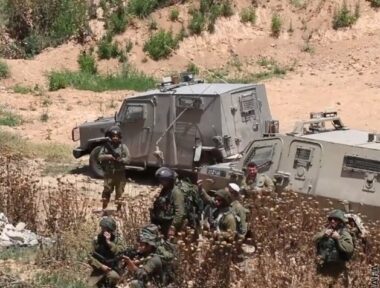 Emad al-Khawaja, the mayor of Ni’lin, said the ten homes Israel intends to demolish are all licensed by the Village Council and are all built on privately-owned Palestinian lands between the two villages.

Al-Khawaja added that the army is alleging the homes were built “close to the barb-wire fence, separating the Palestinian lands from nearby illegal colonies.

The Palestinians lost large areas of their lands for the illegal construction of the colonies and the Annexation Wall in the area, and the army constantly tries to prevent any constructions that are deemed to be “close to the wall of the fenced areas.”

Israel’s colonies in the occupied West Bank, including those in and around occupied East Jerusalem, are illegal under International Law, the Fourth Geneva Convention, and all related United Nations and Security Council resolutions.