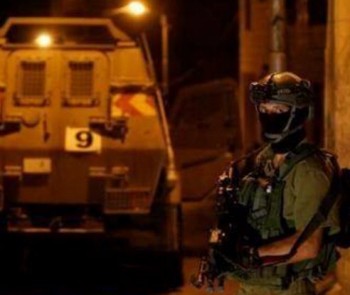 Israeli soldiers kidnapped, on Wednesday at dawn, four Palestinians in Jerusalem and Hebron, in the occupied West Bank, searched homes and kidnapped four Palestinians, including one who is physically-challenged.

The Palestinian Prisoners Society (PPS) has reported that the soldiers invaded several Palestinian homes in Jerusalem, and kidnapped Bassem Zghayyar, and a physically-challenged resident, identified as Morad Da’na.

The soldiers also searched a few homes in the town, and interrogated many Palestinians, in addition to installing several military roadblocks.

On Tuesday evening, soldiers kidnapped two Palestinian siblings from their home, in the al-‘Isawiyya town, in the center of occupied Jerusalem, kidnapped two siblings.