Army Kidnaps A Palestinian In Jerusalem 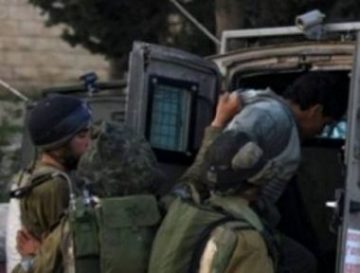 Local sources said the soldiers invaded the refugee camp, and broke into the home of Ahmad Shweiki, before searching the property, and kidnapped him.

Shweiki was cuffed and blindfolded before the soldiers moved him to a detention and interrogation center in Jerusalem.

Also at dawn, the soldiers invaded the towns of Beit Fajjar and Za’tara, in the West Bank district of Bethlehem, searched homes and kidnapped one Palestinian.