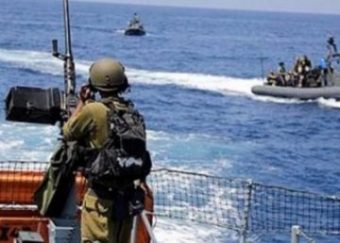 The Israeli navy released, Friday, six fishers, who were assaulted and abducted, after the navy stormed their boats, in Palestinian territorial waters, in central Gaza, on Thursday.

Zakariyya Bakr, the head of the Fishers Committee at the Union of Agricultural Committees, said the six fishers were released at the Erez (Beit Hanoun) Crossing, in the northern part of the coastal region.

Although the navy released the six kidnapped fishers, it refused to return their fishing boat.

On Friday at dawn, the soldiers kidnapped a young Palestinian man in Shu’fat refugee camp, in occupied East Jerusalem.

Also at dawn, the soldiers invaded the towns of Beit Fajjar and Za’tara, in the West Bank district of Bethlehem, searched homes and kidnapped one Palestinian.