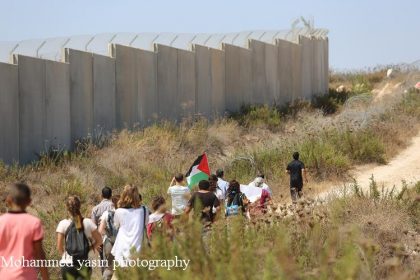 Dozens of Palestinian residents, accompanied by Israeli and international peace activist, marched Friday against the illegal Israeli Annexation Wall and colonies in Bil’in village, near Ramallah. This week’s protest comes in solidarity with hunger-striking Palestinian detainees.

The Popular Committee against the Annexation Wall and Colonies in Bil’in said the protesters marched from the center of the village carrying Palestinian flags, and pictures of the hunger-striking Palestinian detainees, especially Mohammad Balboul and his brother, Mahmoud.

The protesters chanted for national unity, ending the illegal Israeli occupation, the removal of colonies from occupied Palestine, the liberation of Palestine and the release of all political prisoners. 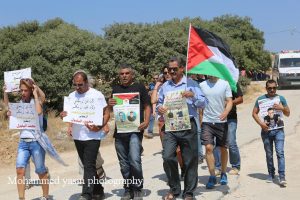 The Popular Committee held Israel responsible for the lives of the striking detainees, and called on the Palestinian people, and their supporters around the world, to hold protests against the escalating Israeli violations, and in support of the detainees.

It also called on local, regional and international groups, to act on pressuring Israel into releasing the detainees, and to end it ongoing occupation and violations. 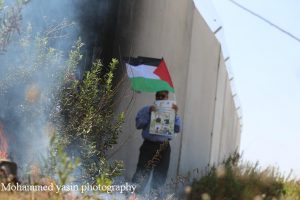 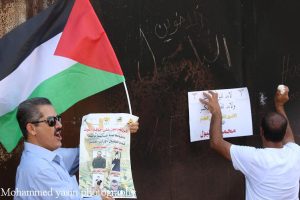