Army Kidnaps A Palestinian, Injures Another In Qalqilia 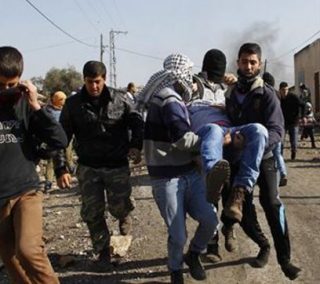 Media sources in Qalqilia said the soldiers attacked many Palestinians, interrogated many of them, and kidnapped a man, identified as Mohammad Abdul-Latif J’eidi.

One Palestinian, in his twenties, was shot with a rubber-coated steel bullet, suffering a moderate injury, before he was moved to Dr. Darweesh Nazzal Hospital, in Qalqilia.