Army Kidnaps A Young Man And Two Children In Jerusalem 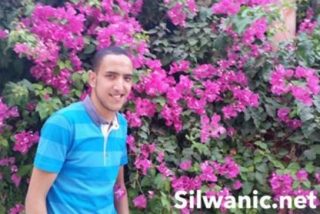 Za’tary is from Sweih neighborhood, in Silwan town, south of the Al-Aqsa Mosque.

On Wednesday at night, the soldiers kidnapped two children, identified as Fathi Nasser and Mustafa Abu Bakr, members of a scout troupe that was preparing for a campaign to clean the Al-Aqsa Mosque.

The two children were placing campaign posters on a number of walls, preparing for the activity that is planned for Friday, ahead of the Al-Adha Muslim feast.

The soldiers took the two children to an interrogation center in the city, and will later send them to court, Silwanic added.

On Wednesday evening, the soldiers invaded Qabatia town, south of the northern West Bank city of Jenin, and kidnapped one Palestinian, identified as Sabri Kamil, after breaking into his home and searching it.