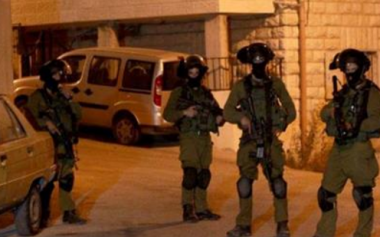 The PPS said the kidnapped have been identified as Odai Salama al-Jondi, Mohammad Nabil al-Qeeq and a college student, identified as Amro Amjad al-Haddoush.

The camp has been recently subject to nighty invasions, violent home searches and many abductions carried out by the Israeli army.

In addition, the soldiers invaded Sa’ir town, and demolished wells used by local farmers and shepherds for irrigation and for their livestock.

Local sources said this is the second time the soldiers demolish wells in the same area in nearly 45 days, as the army also demolished residential sheds and barns.