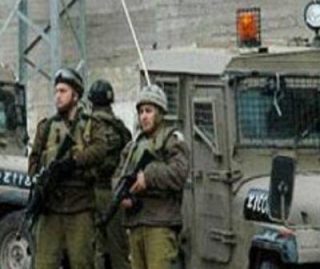 Israeli soldiers kidnapped, Friday, two Palestinian men from the northern West Bank district of Jenin and Hebron, in the southern part of the West Bank.

The Palestinian Prisoners Society (PPS) stated that the soldiers, stationed at the Za’tara military roadblock, south of the northern West Bank city of Nablus, have kidnapped a young, identified as Hamza Emad Abu Arra, from Aqaba town, south of Jenin.

The PPS added that the soldiers also kidnapped Waleed Mohammad Sabarna, 36, from Beit Ummar town, north of Hebron, while he was traveling to Jordan, and took him to an unknown destination.